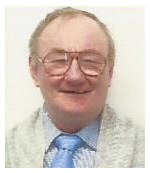 After graduating with honours in Psycholinguistics, Stuart gained postgraduate qualifications in Computer Studies and Applied Linguistics.
He spent several years as a teacher of English for Academic and Professional Purposes to medical practitioners, nurses and other health professionals at institutions of Higher Learning in Southern Asia and the Far East.
Stuart was twice honoured for his work in The People's Republic of China, where he was awarded the official title of "Excellent Foreign Expert".

The Face of Politeness

Throughout his extensive travels, Stuart was intrigued by the ways in which different cultures perceive human interaction and after returning to the United Kingdom, he undertook a comparative study of Western and Oriental Politeness Strategies.The wide variety in native-speaker English also captured Stuart's imagination and inspired his quest to identify the defining features of a Standard English Grammar.

A former mental health nurse, Stuart has a particular interest in the language of psychosis and as part of his undergraduate studies, investigated the linguistic peculiarities associated with schizophrenia.

After returning to his roots in the North of England, Stuart taught English to migrant workers from Africa, The Middle East, Southern Asia and Central Europe.Stuart's ambition is to encourage people from all walks of life to become confident in their use of English.
He welcomes enquiries from all learners regardless of background or ability.

Is There A Standard English Grammar?

So many Englishes! What should we teach our students?
(PDF Format)